Great Fire of London – what can you remember?

The original ‘Great Fire’ occurred July 10th, 1212. As it spread across North Bridge, many of those escaping the fire jumped into the river or tried to get aboard overcrowded boats. Around 3,000 people are estimated to have died, the ‘largest ever death toll attributed to a single British fire’.

Following this event, new specifications were implemented that roofs were not to be made from reeds, rushes, straw or thatch – and those that were had to be plastered over within 8 days – or pulled down!

A further important fire occurred, on the evening of February 11, 1633. Many of the properties lost during this fire were never rebuilt, therefore this event was pivotal in limiting the extent of the damage of the ‘Great Fire of London’ 33 years later, as this created a ‘fire break’ and prevented the fire spreading to the south of the river.

Did you know that Robert Hubert was hung for ‘starting the fire’ in Thomas Farynor’s bakery at Pudding Lane? He was hung on the 27th October 1666, at Tyburn (now Hyde Park Corner). Was the fire set deliberately?

In 1667, building regulations were increased to include separation of buildings, construction of brick or stone party walls and wider roads to increase the gaps between properties…

– how much did you really know?

Details taken from the excellent Cold Case Fire Investigation, issued to commemorate the 350th Anniversary of the fire, published by The Crisis Response Journal on behalf of The Worshipful Company of Firefighters ‘The Great Fire of London 1666’ (ISBN 978-0-9955261-0-5) – with profits going to the Worshipful Company of Firefighters Charitable Trust.

“We have dedicated our work to the generations of firefighters who have for so long protected our city and its citizens from the scourge of fire and disaster….”.
Bruce Hoard, Master of the Worshipful Company of Firefighters. Avesta Scotland Limited were invited to become Scotland’s only Hilti Firestop Contractor in 2015 – and have been ever since!

Training, Competence and Accreditation – key factors that provide customers with the security they need when installing a life safety service and, installing products from an organization that globally, based in over 120 countries with more than 30,000 employees, provides a wide range of solutions for all your firestop needs, why would you need to look anywhere else… 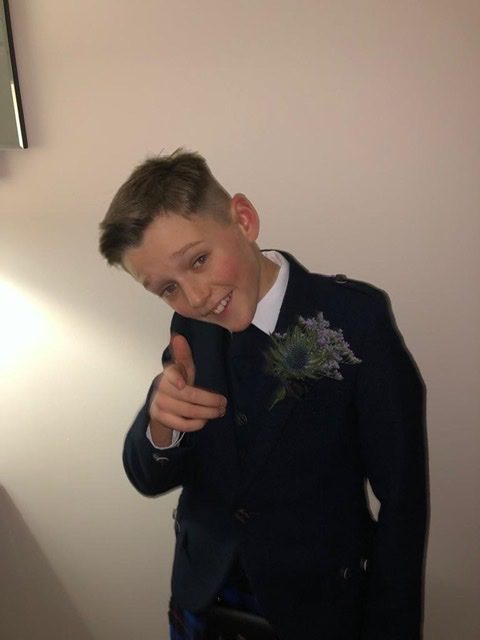 As we near our 10th Birthday in October 2020, (where has the time gone!) we had great plans to celebrate and raise money doing so – but as we had to sit at home, things haven’t quite panned out as we hoped. Now we are back at the desks, we have had a look at the drawing board, after dusting it!, and have decided that we should still do something and if we can raise money for charity whilst we do this, then does the date really matter? 2021 = Get the bikes out! Spring 2021 Cycle Around Arran! More details to come – follow our progress on Twitter @AvestaFSM (probably using hashtag sore legs, arms, bums, …!) Avesta were delighted when our staff asked to participate in the recent football tournament arranged by Sir Robert McAlpine in aid of the Maggie’s Hospice.

………We won the tournament

………then Fraser, our QS, won Player of the Tournament!

Thank you to Glasgow Green for donation of the 6 pitches for the day.  Oh – and to Steven for picking the strips – as this had an impact on how they played apparently. 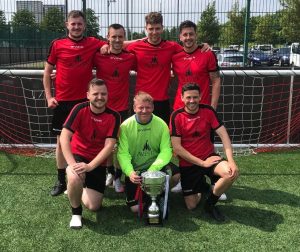 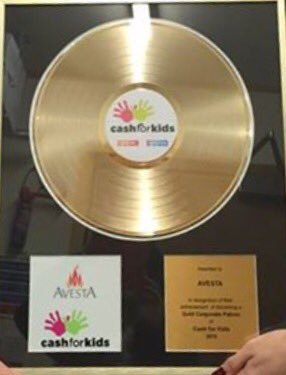 December 4, 20160
@AvestaFSM are delighted to have been awarded a Gold Patron Award from @CashforKidsWest 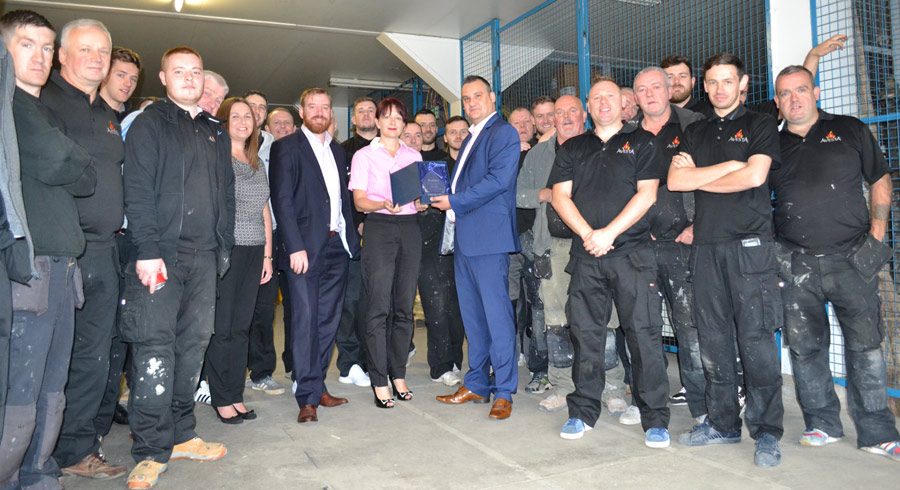 December 4, 20160
Avesta Scotland Limited has once again demonstrated its commitment to training and to consistently high standards of professionalism, having recently been named Nullifire Premier Contractor of the Year. Being one of just 14 specialist contractors to have undergone extensive training to join the Nullifire Premier Contractors Scheme, Avesta was selected as the winner, in the award’s inaugural year, on the basis of work carried out over the past year and feedback from main contractors. “We spoke to a lot of tier one contractors and received very positive feedback about all of the finalists,” says Nullifire’s Steve Plater. “But it was clear that Avesta Scotland was head and shoulders above the rest. Each member of Avesta Scotland’s workforce is fully qualified to NVQ Level 2 – and that’s almost unheard-of.” Since launching the company, Avesta’s joint managing directors Sharon and Steven have built it into one of the UK’s biggest fire protection contractors and developed specialist services in a range of other disciplines including, fire risk assessment, air sealing, acoustic installations and concrete cutting. But despite this rapid growth, Avesta has never lost sight of its strong core values: to educate and raise awareness of fire safety; to save lives and protect heritage and culture; and to support its local community. This dedication was also recognised in 2015 when the company was a finalist in Ayrshire Chamber of Commerce’s Outstanding Performing Business award. The company has achieved third party certification for installation under Warrington Certification’s Firas scheme, giving clients peace of mind that all Avesta installations are fit for purpose. To achieve certification Avesta are subject to an annual audit of their offices and ongoing, random surveillance site inspections where competence and workmanship are assessed. Avesta is also the only fire-stopping contractor in Scotland to be accredited by Hilti. Speaking of the company’s continued success, Avesta Director Sharon declared: “We are delighted that the work we do has been recognised both by those within the fire industry, our clients and our colleagues; and by the business community at large. “We aim to provide more than just a contractor service, we wish to educate and raise awareness of fire safety to save lives and protect heritage and culture. “While you may not be able to physically see the work we have done, the safety is there, carried out to the highest standard possible, by a dedicated workforce, whose skill set and personal growth we choose to constantly support. “We are dedicated to saving lives and property and will continue to strive to raise awareness and understanding of passive fire protection.” The company is an active member of the Association for Specialist Fire Protection (ASFP) and takes part in ASFP events, as well as offering CPD seminars, and introducing initiatives which aim to reach out to contractors, facilities managers and enforcers alike. In 2014, Avesta introduced a triangular warning label which could be used by facilities managers to identify compartment walls. The labels instruct contractors to seek a permit to work before penetrating the compartment and Avesta believes have begun the process of education and helped prevent needless breaches in compartmentation. A similar initiative has since been launched by the ASFP in collaboration with FIS (Finishes & Interiors sector). As part of its educational work, Avesta will be taking part in an ASFP CPD event for the Scottish Fire Prevention Association.   Follow us on Twitter or LinkedIn to be kept informed of future events. For further information on the Avesta Group visit https://www.avestagroup.co.uk/home.html